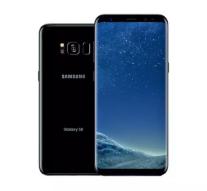 the hague - Samsung's new parade horses, the Galaxy S8 and S8 + are susceptible to fake damage. The glass of the smartphones, with an extra narrow edge around the screen, breaks 'remarkably fast'. That is what the Consumer Union reports, based on a test by European consumer organizations.

The telephones were tested with drop tests, falling from 80 centimeters high on a hard surface. The screens of the S8 and S8 + turned out to be heavily damaged after fifty times. Most of the 110 different devices that test consumer organizations annually survive this heavy fall test. Although scratches or small dents on the corners of the device are often visible after the drop test.

Competitors of the Samsung Galaxy S8 and S8 +, such as the iPhone 7 and the Huawei P9, were still in a reasonable state after the test. This was also true for the popular Samsung Galaxy S7, the predecessor of the S8.