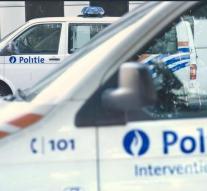 moere - UPDATE 08:24 In the Belgian village of Moere at the West-Vlaamse Gistel, three people were killed on Tuesday night, the VRT reported on Tuesday on Wednesday.

It is a 17-year-old girl and her grandparents, who were killed by a 25-year-old man from Varsenare. The perpetrator, Alexander D., would be the ex-friend of the girl. After the stabbing he struck the flight, it is not clear whether he has been arrested.

The man posted a 27-minute farewell video on Facebook and YouTube on July 22nd. In that, Alexander D. claimed to commit suicide. In English he says goodbye to his mother, sister and best friend. Then he speaks his ex-girlfriend.

Alexander D. could not live with the relationship between him and the 17-year-old girl. 'All I wanted was to have you with me. I know you will not come back. It hurts so much. I'd rather die now than see you next week with someone else. All the promises I made, go with me to Raf. I never lied to you and never cheated you. I hoped you had done the same thing. I've even been able to prevent many things. For me, this is what I have to do. Many people may not find this solution, but I can not handle this pain. I tried to get you back a hundred times, but it could not be. '

The perpetrator would have attacked the girl first, on which her grandparents tried to overcome him in vain. The parents of the girl are traveling, and found the news according to the VRT via social media.