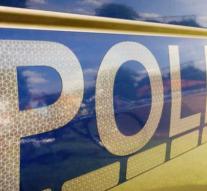 laupheim - The partner and brother of a seventeen-year-old Libyan girl injured the young woman with knife stabs in Germany and sent images of this to the new friend of the victim. The men committed the assassination attempt because the pregnant teenager had a friend and wanted to get rid of the traditional Islamic marriage with a 34-year-old Syrian, reported German media Saturday.

The assassination attempt last Tuesday in Laupheim about 80 kilometers southeast of Stuttgart. Nothing was first published about the circumstances.

The girl was attacked at home with her parents in her room with a knife by the Syrian and her twenty-year-old brother. She was so badly injured that she still could not be questioned on Friday, according to the police. He has confirmed that she is now out of danger and that the fetus survives.

The police assume that honor killings were the motive. The people involved came to Germany as refugees. The brother is known by the German justice as an extremist. He and the Syrian partner fled, but were quickly arrested.