Home / World / Girl (15) who committed abortion after rape brother, again out of cell 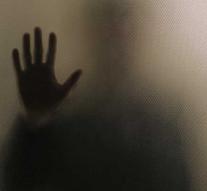 jakarta - A 15-year-old Indonesian girl who had been sentenced to six months in prison for abortion after being raped has been acquitted by a higher court. The court in Jambi on Sumatra said that the judge had established that the girl had abortion under circumstances that forced her to do so. She was raped by a brother.

The brother got two years in prison because of his offense. Abortion is only legal in Indonesian law if there are serious medical reasons for it in the first forty days of pregnancy. Otherwise, abortion is illegal and there are jail sentences up to ten years.

The original condemnation of the teenager led to worldwide criticism because she would be punished as a victim.