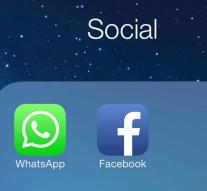 - The German secret service BND has earmarked 150 million euros to let hackers crack communication systems as WhatsApp. The service can thus read along messages that are encrypted by right-owner WhatsApp Facebook.

The Bundesnachrichtendienst works according to the German weekly Die Zeit to the recently launched secret project ANISKI to intercept, decipher and analyze Internet messages. One of the goals is to hack apps for messages. According to the magazine not only hackers put to work, but would also like to put undercover agents of the BND in companies that offer this type of communication.

Last year, the BND turns out to have worked on this project, albeit with a limited budget. In the coming years the amount of money available cranked. WhatsApp is the main objective, as approximately one billion people using them.