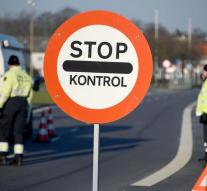 - Germany has more refugees denied entry this year. Also, the number of asylum seekers has increased off, the Neue Osnabrücker Zeitung reported Tuesday.

The German government introduced last September again in border controls after the refugee crisis had reached its peak. According to Ulla Jelpke Die Linken is irresponsible to send so many people, especially when it comes to refugees from Iraq and Afghanistan.