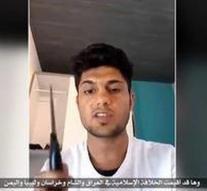 - Afghan refugee who injured four people Monday night with an ax in a German train, wanted revenge for the death of a friend, who died last weekend in Afghanistan.

Which reported the German public prosecutor at a press conference. The prosecution speaks of a political motive. The 17-year-old striker was a believing Muslim. He had no criminal record.

In his house left the boy behind a letter, which justice infers that he already took into account that he would not come back.


The boy was doogeschoten by police after he injured five passengers. Two of them are still in critical condition. The OM acted agents in self-defense because the guy with the ax came down on them.

IS gave earlier Tuesday a free video of the boy which he claims to be a 'soldier of the caliphate.'