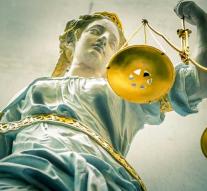 karlsruhe - Germany may extradite a Tunisian who may have been involved in a bloody attack on tourists in his homeland. The German Constitutional Court in Karlsruhe ruled that Haikel S. can be returned to his homeland. He does not have to fear the death penalty according to the court.

Germany has been trying to send S. back to Tunisia for some time, but he opposes his extradition. The German authorities suspect him of preparing an attack. Tunisia also regards S. as a terrorist suspect. He is suspected of involvement in the attack on the Bardo Museum in Tunis in March 2015.

The German police arrested S. in February 2017. The then Interior Minister Thomas de Maizière later expressed the expectation that the terrorist suspect would soon be extradited. Despite the verdict of the court in Karlsruhe, it is still unclear when S. is returned. His lawyer announced that he would go to the European Court of Human Rights.