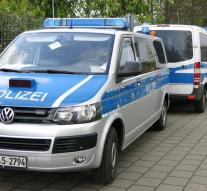 berlin - Germany fears that attacks are being held in places where asylum seekers were arrested in the run-up to the parliamentary elections in September. The federal detective BKA warns that the elections to extremist extremists can trigger alien hatred.

According to German media, this is stated in an internal analysis. It also says that evil will be difficult to fight. The BKA takes into account only operative perpetrators who, for example, have been radicalized via the internet.

Of the 418 people who attacked asylum seekers or shelters last year and whose names were known, only one-fifth was aware of their right-wing extremist ideas. Only three were listed as potentially dangerous.