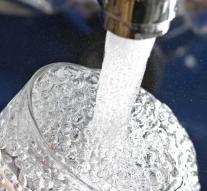 luxembourg - The European Court of Justice has condemned Germany because the government has done too little to reduce nitrate levels in drinking water. The pollution is mainly caused by manure that ends up in the water from agricultural land.

The European Commission challenged Germany in 2016 because the country has been doing too little against pollution for years. The first warning was given in 2014. The national action plan was inadequate and the European nitrates directive has been violated, the court notes.

Germany has been ordered to pay the costs of the lawsuit. The manure rules have now been tightened up, German media reports, although according to critics this does not go far enough.

Nitrate is harmless in itself, but can be converted into nitrite in the body, a substance that is possibly carcinogenic.