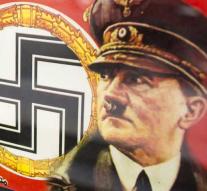 berlin - Computer games now also come through the age verification in Germany if they contain swastikas or SS signs. The organization that controls the content of games (USK) has stated that it is going to assess anti-constitutional symbols differently.

As in films, prohibited propaganda means may be shown if it is in the interest of 'art or science' and serves 'the display of events from current events or history'. The USK will also test video games for 'social suitability. '

This exception rule in the penal code allows unconstitutional symbols under certain conditions. Which games will be covered, is considered on a case-by-case basis. So far the clause has not been used. Swift crosses, runes and related features were strictly forbidden in video games. Constitutionally, this also remains the same, but soon the rule may be deviated from as well in cinema films or TV broadcasts.

The well-known Wolfenstein series, in which National Socialism and the Second World War play a central role, was only on the market in Germany in a censored version- with a fantasy symbol instead of swastika.