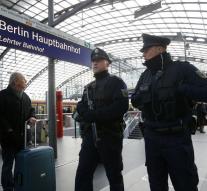 - Germany is afraid that the staged battle against Islamic State (ISIS) will have a boomerang effect. A vast majority of the population fears that the risk of bombings therefore only increased.

A survey by research firm YouGov, commissioned by the German news agency DPA found that 71 percent of Germans expected a bigger threat.

The reason for the fear is the plan to 1200 German soldiers to deploy to support the international coalition against ISIS. Which conducts in Iraq and Syria air strikes on the terrorist movement.

According to the supreme leader of the army, General Volker Wieker, the soldiers are not deployed to fight, but will they deal with the security of the French aircraft carrier Charles de Gaulle and refueling of fighter planes.