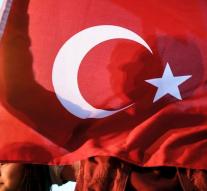 istanbul - A German translator for a left press office was arrested in Turkey. German transmitter ARD reported Thursday that the Turkish authorities suspected 32-year-old Mesale Tolu from making propaganda for terror and membership of a terrorist organization.

The woman is in a women's prison in Istanbul. She works as a translator for the press agency Etha. According to the ARD, the woman with Turkish roots in Ulm was born in the German state of Baden-Württemberg.

In Turkey there are unknown numbers of journalists in prison, including German-Turkish journalist Deniz Yücel. He works for the German newspaper Die Welt.