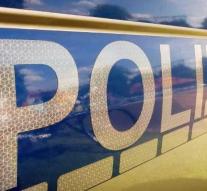 duisburg - The German authorities have arrested four teenagers from Duisburg after an alleged attempted murder of a pregnant girl (17). One of the boys obviously wanted to prevent him becoming a father, a prosecutor said.

The young woman barely escaped a group of masked attackers last week. They stuck her with a knife. The victim could break free and flee. The authorities later arrested four boys aged 15, 16 and 17 years old.

Justice suspects that the ex-friend of the victim is the brain behind the attack. He would have lured the victim into the trap. The attackers struck while the duo was walking, supposedly to talk about the unborn child. Then the expectant father also turned against the mother of his child.

The sixteen-year-old boy, who has both German and Turkish nationality, had already threatened the girl. She was not allowed to tell anyone that he was the father.