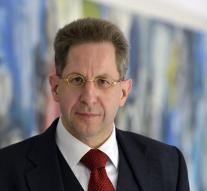 - The German domestic intelligence is deeply concerned about Russian interference in the Bundestag elections to be held next year. Chef Hans-Georg Maassen said Tuesday in an interview with Reuters a 'hybrid threat.'

Maassen fears that the Russian government 'wants to influence public opinion and decision-making', for example by spreading false stories. He sees it as a necessity to expose disinformation. 'When people realize that the information they get is not true, lose their poisonous lies effectiveness. '

Also from US intelligence was ahead of the presidential election warned there for Russian interference. The Kremlin has pointed to the allegations.