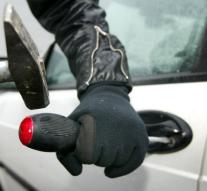 essen - With raided more than a hundred homes and offices, the police in Germany has rolled up an international gang of car thieves. The suspects had it except on cars also targeting high quality auto parts like navigation systems and airbags , police said Tuesday in Essen.

The police arrested several suspects in the case. When the raids were hundreds of police officers involved in North Rhine- Westphalia, Baden -Württemberg, Lower Saxony, Saxony -Anhalt and Hessen.

The police in Lithuania was involved in the research. The police action was preceded by months of preparation. Some defendants are also linked to burglaries.