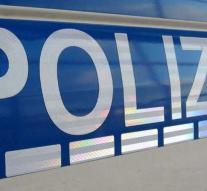 berlin - The German police on Wednesday in several states invades during an action against a gang of people smugglers. The police attacked at addresses in Berlin, Saxony, Bremen and North Rhine-Westphalia, according to German media.

The gang would have brought people on a large scale to Germany through the Balkan route. The police, which employed about two hundred people, arrested three men.