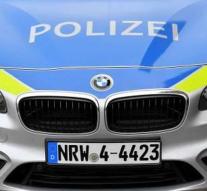 dusseldorf - The police force of the German state of North Rhine-Westphalia is gradually becoming known as a notorious defaulter. The corps is struggling with a huge payment arrears thanks to a new computer system that does not work properly.

According to German media, the corps is currently struggling with 23,000 outstanding bills. A special department has now been set up to process the reminders.

Many a petrol pump holder sees how agents are filling their tanks, knowing that the payment of the bill is delayed. In a district, two doctors terminated their participation in blood tests because they were not paid. Elsewhere, servants did not even get a bucket of paint from the local construction market due to non-payment.