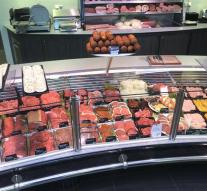 berlin - German Agriculture Minister Christian Schmidt wants to ban meat indications for vegetarian and vegan products. Designations such as 'vegetarian schnitzel' and 'vegan curry sausage' are totally misleading, according to him and make consumers uncertain.

Schmidt said in Bild on Wednesday that he is committed to 'be banned in the interest of the false labeling of consumers. 'Agriculture Minister believes that manufacturers should devise their own names for their plant products. 'No one should do when these pseudo-meat products as if it were real meat. '

Schmidt is a recognized opponent of selling meat substitutes with names like sausage, frikandel or schnitzel. In October, he spoke out for clear labeling of vegetarian and vegan products under the motto: 'what's on it must also worry there.