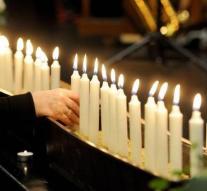 oldenburg - Six managers of a hospital in Germany Delmenhorst indicted after a series of murders by a nurse Niels H. This was announced by the public prosecutor in Oldenburg Friday. The six are accused death by negligence.

Justice states that three murders and two attempted could have been prevented in the spring of 2005. The six employees undertook nothing against Niels H. of fear for the reputation of the hospital. Moreover, they did not run the risk that they would accuse anyone falsely.

The nurse, Niels H., has been sentenced to life imprisonment for the murder of at least three patients. has told a psychiatrist H. admitted that he actually has the death of thirty patients on his conscience. German police will eventually allow excavating about two hundred appear to investigate. That should provide clarity about the number of patients H. killed.