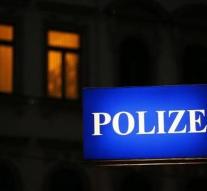 berlin - A German army officer has been arrested on suspicion of preparing an attack. According to German media, the man would have acted as Syrian refugee.

The authorities arrested 28-year-old suspect Wednesday in Bavaria. A suspected handler (24) has also been arrested. The first lieutenant, according to the German public prosecutor's office, had been registered as a refugee under a false name. He was reportedly driven by xenophobia.

The military appeared earlier this year with the authorities because he had hidden a firearm on the toilet of an airport in Vienna. He got caught when he picked up the gun. Although the military was in France, he had reasonable freedom of movement according to the authorities.

Strikingly, the man was able to perform successfully as Syrian, although he apparently did not speak Arabic. The Public Prosecutor could not say why that was not noticed.