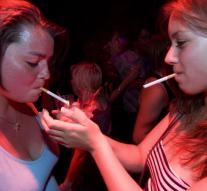 dusseldorf - The protracted case around a smoker in Düsseldorf, Germany which is likely to be put on the street by his landlord, is increasing. After all three courts there have an opinion about reached, the Düsseldorf court late next month twelve witnesses turn up to find out whether the gepaf of the 77-year-old Friedhelm Adolfs really gives so much inconvenience.

The case came in July 2013 to light when the landlord Adolfs rent withdrew on the grounds that he caused too much inconvenience with his gerook. Other tenants suffer from the smoke via the staircase and floor spreads throughout the property. Two courts have given the landlord then right. But an appeals court in Karlsruhe swept off the table because those statements were lacking factual grounds. And so the matter back to Düsseldorf.

Witnesses are expected in court January 11 for interrogation.