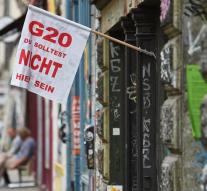 berlin - The German army advises its soldiers not to wear uniform when traveling to and from Hamburg during the upcoming G20 summit. The army leadership thus avoids being attacked spontaneously during protests by opponents of the economic summit.

The army also recommends the use of commercial vehicles as far as possible, reports German media. The soldiers who work at the summit and patrol the city are wearing their usual uniforms.

The German Minister of the Interior, Thomas de Maizière, warned the city of about 8000 riders on Tuesday. In addition to the army, about 20,000 police officers are on duty to secure the prominence of Friday and Saturday.