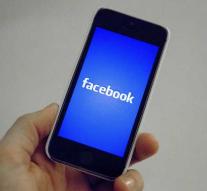 velbert - A 13-year-old girl from Velbert, Germany, has managed to track down her rapist via Facebook. The police could pick up the perpetrator afterwards.

The rapist appeared to have filmed his action with his phone. In this way the police got five co-defendants in sight. According to Bild, all suspects are of Bulgarian origin.

According to the German newspaper, the 13-year-old girl was dragged into a wooded area on April 21st. The girl was raped several times by the boys. When a hiker caught them, the girl could be released.

The perpetrators, boys between 14 and 16 years old, fled.

Wolf-Tilman Baumert, spokesperson for the prosecutor Wuppertal, says that the girl in all possible groups on Facebook searched for the perpetrators because she had the feeling of having seen the group before.

The 13-year-old German recognized one of the boys via the social network. Despite the fact that the boy used a false name, the police managed to arrest him.

After the arrest, the boy's phone was examined and the police stumbled upon the video that was made of the gang rape. Five co-suspects could thus be arrested. Following Bild two suspects are still at liberty. The German police suspect that the two fled to Bulgaria with their parents.