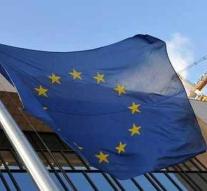 valletta - More and more Georgians are applying for asylum in the EU. In January the number had increased to 1859, ample doubling in four months. Residents from the former Soviet Republic continue to come although 97 percent of asylum requests are rejected.

This is shown by figures from the European asylum agency EASO. The Georgians are now in the sixth place of nationalities that submit the most asylum applications.

Residents of the country have been allowed to travel to the Schengen zone (22 EU countries plus Norway, Iceland, Switzerland and Liechtenstein) without a visa since March 2017. There is, however, an emergency brake built-in. The visa requirement can be reintroduced within two months in case of safety risks, a large influx, many unfounded asylum applications or if the country does not cooperate to take back people.