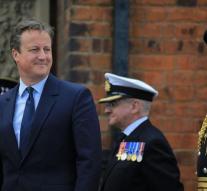 london - Britain will on September 2 a successor to Prime Minister David Cameron. Reported that the British media Sky News.

The news means that the country will have a period of nine weeks of uncertainty, especially in financial matters.

Candidates for the premiership have until Thursday to submit their kanditatuur.