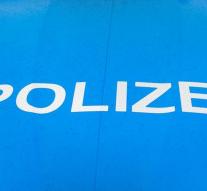 berlin - Police forces in Germany and Portugal have taken action against a gang who would have earned a lot of money in arranging marriages. Agents only entered Berlin in 41 homes and other properties, said a federal police spokesperson.

The German police put in total about four hundred men. They searched properties in several cities, including Frankfurt and Potsdam. The police included confiscated passports, telephones, computers and 300. 000 euros in cash. Agents arrested in the German capital alleged leaders of the group: four women and one man.

The gang would have ruled in at least seventy cases of marriages, but it could be more, according to the police. Nigerian men left thousands of euros for such a commitment, which makes it possible to come to the EU. Part of the money went to Portuguese women.

The Portuguese police supported the action of the Germans. Homes in the southern European countries would also be searched.