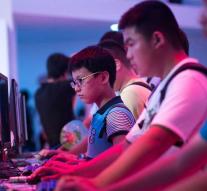 - Panic among creators of games in China. Technology giant Tencent lost 10% on the stock market after Beijing forced Tencent to remove the Monster Hunter game from the WeGame platform. The fear is that Beijing is blocking other online games.

China is a market with millions of gamers, accounting for $ 38 billion in sales.

Tencent, which lost $ 150 billion in market value this year, still comes with the PlayerUnknown's Battlegrounds (PUBG) and the popular Fortnite games.

Shares from competitors such as Ubisoft and Frontier Development have also been under pressure since the Beijing intervention. Japanese Nexon lost 11%, Capcom lost 7% market value.

The impact also affects European gamemakers such as Gameloft, Starbreeze and Codemasters. Tencent was already forced to limit game time for children, in Beijing's attempt to fight addiction.

The recent intervention, however, was totally unexpected. The popular Monster Hunter, the newest episode in the Japanese Capcom series, was available on the Chinese market for five months.

In that period more than eight million copies were sold for the PS4 and Xbox One. Monster Hunter was immediately one of the most popular games this year.

The PC version came into the WeGame online store on 8 August. The authorities quickly reported having received 'countless' customers about the content. WeGame took the game offline. Buyers are compensated for their purchase. Other game-makers did not get permission for their game.

Deutsche Bank anticipates that Tencent's mobile gaming revenue will decline by 6% in the second quarter compared to last year.

Tencent is distributor of games by major producers Activison Blizard and Electronic Arts.

Analysts from Citigroup are providing more interventions against game-makers, because the Communist Party will meet at the end of this year. There policymakers should make visible results in the fight against game reporting, violence and the deterioration of socialist values.