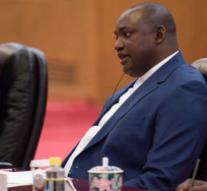 banjul - Gambia wants to get rid of the death penalty. President Adama Barrow announced Sunday suspension of possible executions. The West African country is in the process of regaining its international reputation after last year finally saying goodbye to the authoritarian leader Yahya Jammeh, who had been in power for 23 years.

The death penalty is declining all over Africa. According to Amnesty International, only 22 executions were implemented in that judgment in 2016, against 43 in the previous year. 'I take the opportunity to proclaim a moratorium on the death penalty in The Gambia as a first step towards abolition,' Barrow said in a speech on the 53rd anniversary of Britain's independence.