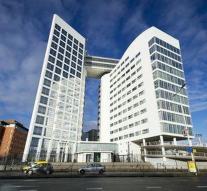 banjul - Gambia remains affiliated to the International Criminal Court (ICC) in The Hague. The new government of the African country has let according to state media know the United Nations.

The former Gambian President Yahya Jammeh announced plans to retire to his country last year off the court, which wanted to continue in his only Africans. His successor Adama Barrow announced during his campaign that want to reverse decision.

Barrow has now joined the action to the word, according to a statement that was read on state television and radio. Minister Bert Koenders (Foreign Affairs) responded elated at the decision. He talked about an important signal ' '' of the new Gambian government.