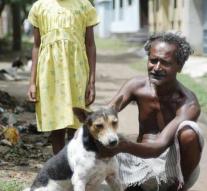 banjul - President Yahya Jammeh of Gambia plans to ban child marriages in his country. He called to draft a law for it.

Anyone who marries an underage girl could take up to twenty years in prison, Jammeh announced. Parents and imams who solemnize a child marriage, wait a prison sentence, as the BBC reported Friday.

According to the children's organization UNICEF, the United Nations is about 46 per cent of the Gambian women married before the age of eighteen. The West African country is one of the world's poorest countries and has about 2 million people.