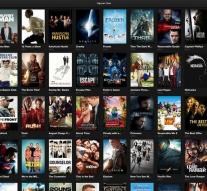 - There is considerable fuss among users of online services like Popcorn Time, allowing free - and illegal - movies and series to watch. A Dutch guy living in Germany, has been fined nearly € 1,100 and the Dutch entertainment industry also threatens to address users here.

The boy in question is a trainee in the German Istrup, where he is staying temporarily. Via Popcorn Time he had watched a few episodes of the TV series The Vampire Diaries. It was not long before there was an envelope with his mother in Bemmel on the mat with a fine. The damage : € 1,090.

In the Netherlands at present end users of such services is not addressed. Copyright Watchdog Brein Foundation aims to promote the providers. As has already several sites offline catch the foundation in the past that offer the program Popcorn Time. It was also responsible for temporarily blocking the infamous download site The Pirate Bay, though the blockade was lifted when it appeared that it was not very effective in practice.

Although brain itself does not Popcorn Time - users will drag to the right, several Dutch companies and Dutch Filmworks and trade association NVPI have indicated that they are prepared to do so.

Such an approach, however, would not be effective, says IT lawyer Arnoud Engelfriet. "A digital colander suit you not by closing one by one hole, which requires different means," he says on his personal blog. He suspects that the statements of Brain and others more have a deterrent effect, "It's much smarter to hint that it may happen. "