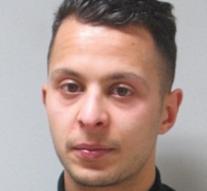 - The assassin who is still on the run, Salah Abdeslam wore during his flight a bomvest and it may still be around. That said the lawyer of one of the men who picked Abdeslam after the attacks in Paris on November 13 and brought to Belgium, where he is still possible.

Hamza Addou said his lawyer Carine Couquelet a " thick vest " Abdeslam was wearing it, " maybe a bomvest or something ", cites The Telegraph.

The three men, Abdeslam, Attou and Mohammed Amri, were in the car very little spoken and Attou told his lawyer that he was scared. Abdeslam would " extreme anxiety " have been and " ready to blow themselves ".

The men were arrested in northern France, during a routine check, but the police had not realized that making Abdeslam with the attacks and let them drive. Amri and Attou were later arrested, but Abdeslam still no trace.