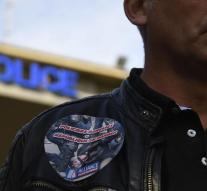 - Approximately five hundred police officers on the night of Monday to Tuesday campaigned on the Champs-Elysees in Paris. The officers are furious about the circumstances under which they must work.

' We need more people and more equipment to do our job well, '' said a spokesman for the protesters against French media. During the action the policemen in civilian clothes were driven to the center of Paris.

The French police have long complained that they are vulnerable through lack of staff and can not properly perform the tasks. A direct reason for the protest in Paris was an incident on October 8 in Viry-Châtillon south of Paris. Agents were then in their car by masked men attacked with Molotov cocktails. Four policemen were injured. One of them is still in the hospital.