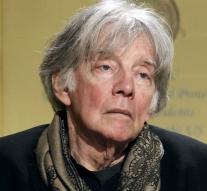 - The French philosopher, writer and actor André Glucksmann is deceased in the night of Monday to Tuesday. That made his son on Tuesday, French media reported.

The 78-year-old Glucksmann belonged to the " new philosophers" who in the seventies oppose Marxism. His books have also appeared in the Netherlands, the stove and the man-eater is one of the best known. Also Boundless hate, about the attacks on September 11, 2001, was translated into Dutch.