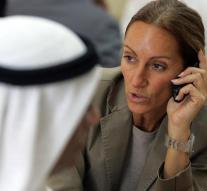 paris - A French journalist, Véronique Robert, has died of the effects of injuries she had incurred in the Iraqi city of Mosul on Monday. She died in a hospital near Paris four days after her colleague Stéphan Villeneuve, according to French media.

The two were seriously injured in the explosion of a landmine. An Iraqi journalist, Bakhtiyar Haddad, was immediately killed. Villeneuve died on Tuesday. Another French journalist, Samuel Forey, became slightly wounded. They were on their way for a report on the struggle against Islamic state, which is still in a small part of the Old City in Mosul.