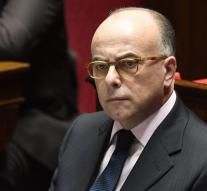 paris - France on Monday called on Russia to respect the fragile ceasefire in Syria. ' We condemn what Russia could do that would help to continue the fight, '' said Prime Minister Bernard Cazeneuve in an interview.

The Russia-Turkey-mediated cease-fire has been repeatedly violated in recent days. The warring parties essentially taking an accusing finger at each other. Cazeneuve called to stop the Russians Monday with 'lethal' military operations in Syria.

Rebels did Saturday although an appeal to Moscow. They threatened to declare the file if government forces do not stop violating the cease-fire. The rebels hoped that the Russians were able to keep control of the Syrian government forces.