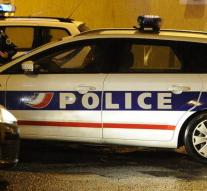 - The French Government has taken all precautions against a chemical or bacteriological terrorist attack. This Sunday assured the Defence Minister Jean-Yves Le Drian, the radio broadcaster Europe1.

The threat of terrorists using chemical weapons keep the French occupied since the terrorist attacks of November 13 in Paris and the publication of a communication from the Ministry of Health the next day. The ministry distributed November 14 to administrations commissioned to produce a certain antidote " neurotoxic organophosphates ". The Ministry refers to toxic chemical compounds that include damage to the nervous tissue.

The antidote that the ministry wants to have in stock, according to French media made ​​exclusively in institutions of the armed forces. The discreet communication published by a concerned Member as " extremely alarming, " described.

" We have to take into account, but it is difficult for terrorists to organize something like this from abroad ", Le Drian said Sunday.