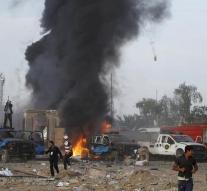 baghdad - France is helping Iraq with the reconstruction of the country, so the French Foreign Minister has informed Jean-Yves Le Drian after consultation with the authorities in Iraq. France is one of the United States' leading coalition partners in the fight against Islamic state.

One of the most important components of aid is a loan of 430 million euros that France supplies to Iraq. Iraqi Prime Minister Hayder Al-Abadi called on French to invest in Iraq.

With the liberation of Mosul in July, the caliphate is almost defeated. 'We were present in the war and we will be present in peacetime,' said Le Drian.