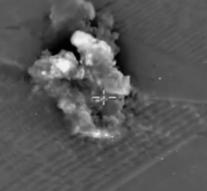 - France has in the fight against Islamic State (IS) for the second time air strikes carried out in Syria . French Defense Minister Jean -Yves Le Drian has for the broadcaster Europe 1 said that a training camp was attacked and hit in the night from Thursday to Friday .

France has recently decided after much hesitation within the framework of the international coalition against IS also bombing prior to targets in Syria.

Netherlands confines itself to targets in Iraq . Foreign Minister Bert Koenders said Thursday that Syria still at this moment extremely high risk is. Sinds last week the Russian forces have rallied in support of Syrian President Bashar al- Assad, the airspace is busy. The Russian Air Force supports attacks by Assad's troops, especially in the northwest. But the Russians also bomb targets elsewhere . Moreover fired the Russian Navy cruise missiles in recent days on Syria . The coalition bombing , especially in the north and northeast of the country.