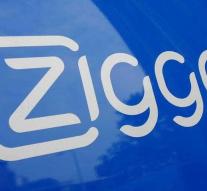 amsterdam - Ziggo customers continue to pay a higher fee for a subscription to Fox Sports than with other television providers. This is the result of a preliminary ruling from the Amsterdam Court of Appeals in a lawsuit between Ziggo and Fox.

In June, the court still ruled that the filigraphs had to be prepared to make new arrangements, but that is no longer necessary from the court. As a result, Fox must now enjoy the rates of Ziggo, which is now formally called VodafoneZiggo.

According to Fox, sports enthusiasts are in the mood of the verdict, as they now have to pay about a dozen more for the channel package with, among other things, Eredivisie matches. There is no inconvenience that Ziggo TV viewers who do not need the channel will be charged no extra costs.

The quarrel over the tariffs stems from the merger of the Ziggo cablecars with UPC in 2014. The two different contracts had to be merged. With the verdict, the court has now ruled that the Ziggo contract will also apply to old UPC customers.