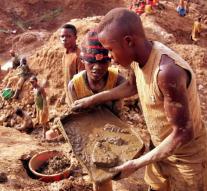 - Fourteen aid workers have been kidnapped in the eastern Democratic Republic of Congo. Which have notified the United Nations and local activists Monday.

The east of the country has been ravaged by two wars between 1996 and 2003, leaving millions of people lost their lives. The region is still plagued by armed gangs, fighting each other for stocks gold, tin and tantalum in the area.

The employees of a Congolese NGO were kidnapped Sunday. " This indicates the fragile security situation, the various aid organizations working ", a UN spokesman said Monday.

It is not known who is responsible for the kidnapping.