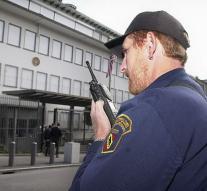 rupperswil - In a house in the Swiss Rupperswil found four dead after a fire. According to prosecutor showed the bodies incised wounds and killed four.

The fire is ignited. The identity of the dead has not been determined. On the circumstances and the motive is still unknown.