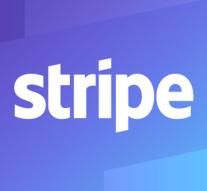 - The value of Irish online payment Stripe, a competitor of PayPal, has risen to $ 9 billion (8.5 billion euros). According to figures from Bloomberg. And thus, the two founders, brothers Patrick and John Collison, became billionaires. Patrick is 28 years old, John is 26.

Brothers together hold more than a quarter of the company. That means they are more than 1 billion euros per person worth. They are the youngest billionaires in Ireland.

Stripe was founded in 2010. With Stripe companies can accept online payments via credit cards for instance, bitcoin, Android and Apple Pay Pay. Among the clients are Adidas, UNICEF, Facebook, Pinterest, Twitter and Shopify.

Stripe is in good company, including start-ups as Snap, Uber, Airbnb, Dropbox and Pinterest are worth billions. Such large start-ups are called unicorns.