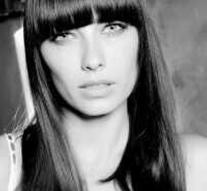 - Ena Kadic is deceased. The former Miss Austria last Friday 30 meter fallen down while jogging in the mountains. Monday night she succumbed to her injuries.

Kadic knew immediately after the crash to call her brother. Her mother called then switched to the emergency services.

Kadic was found near an observation platform that overlooks the ravine where the river Sill flows. The cause of the accident is still unclear, says The Local.

According to police Kadic was an avid runner who knew the area well . Ena Kadic was 26 years.