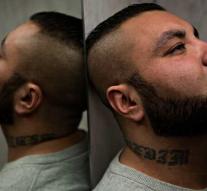 copenhagen - A Danish ex-gangster is immediately after the presentation of his book about the underworld. Nedim Yasar (31) opened a book about the ins and outs of Danish gangsters and was attacked after the launch of his book Rødder (Roots). He later died in a hospital. The shooter is fugitive.

Yasar- who came from Turkey to Denmark at the age of 4- was part of the Los Guerreros corridor, which deals with drug trafficking in Copenhagen.

According to Danish media, Yasar decided to leave the criminal world after it became known that he became a father. He often spoke in a radio show about his experience in the underworld.