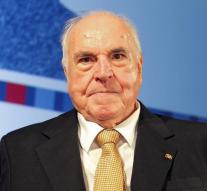 - Europe has lost one of its greatest forevitors. Helmut Kohl, honorary citizen of the continent, died at the age of 87 in his hometown of Ludwigshafen.

The longest-serving German chancellor united the Federal Republic in 1990 with the communist GDR and subsequently Western and Eastern Europe.