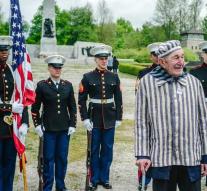 berlin - The Public Prosecution Service in Berlin has sued a former guard (95) of the Nazi concentration camp Mauthausen for complicity in the murder of 36,000 prisoners and incitement to murder. This is what the German magazine Der Spiegel reports.

Hans H. was a member of the SS in the Second World War and involved in the monitoring of the concentration camp in the Austrian town, which at the time belonged to Germany.