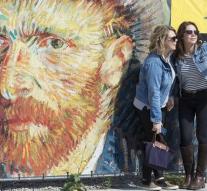 the hague - Expenditure of foreign tourists in our country increased by almost 7 percent to 21 billion euros last year, while the number of overnight stays of foreign visitors climbed by more than 6 percent.

This is what the Central Bureau of Statistics (CBS) reports.

Furthermore, CBS points out that more foreign tourists have booked an accommodation or ticket at or through a Dutch company. Although a large number of these tourists did not actually travel to our country, Dutch companies did earn these bookings.

Dutchmen who went on vacation or made trips in their own country last year accounted for 45 billion euros of spending, a growth of more than 3 percent. Overall, tourism spending in our country increased by almost 4 percent to 75.7 billion euros last year.

The CBS further reported that 641,000 jobs were in the tourism sector last year, an increase of over 13,000. This represents a good 6.4 percent of the total jobs in the Netherlands.