Home / World / Ford calls nearly half a million cars back 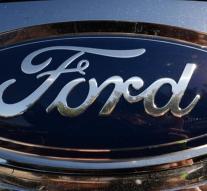 - Car manufacturer Ford calls 451 865 cars back to the garage, the majority in the United States, due to a security problem with the fuel tanks. According to the company, there may be a crack in the tank, so that fuel may leak, which can lead to fire.

These models Ford Fusion and Mercury Milan from the years 2010-2011. Ford new parts will not be charged to customers. To our knowledge no accidents happened or injury or fire as a result of the defect in the vehicles.Ford said the recall results from customer reports in July which had gasoline smelled or saw a leak in the Fusion models from 2010. The cars were built in Hermosillo in Mexico. In the US, it comes to 411 205 cars back to the garage must, in Mexico in 7000 and Canada 34 000.
NEW